The original I.M. Pei plan and model from 1964 has been unearthed recently. Steve Lackmeyer at OKC Central had this to say:

Before the revival of the Oklahoma River and emergence of Boathouse Row, before MidTown and the Plaza District, before MAPS and Bricktown, there was the I.M. Pei Plan. The transformation of downtown OKC began, for good or bad, with an ambitious plan drawn up by internationally reknown architect and urban planner I.M. Pei.

He called for the clear-cutting of hundreds of downtown buildings, many historic, to make way for a “city of tomorrow.”  The plan was later reviled by locals, but are there lessons, good and bad, to be learned from this experiment?

Oklahoma City is just past 100, and as the civic leaders continue to define the city’s next phase of identity and growth, it might help to examine the good and the bad of the Urban Renewal experiment. As I’ve been digging into some of the reading and history associated with the I.M. Pei project, I’ve been thinking of other big development plans that promised to give us some version of a better tomorrow.

Intercon wrote a piece about Dubai recently. I’ve alway’s looked at Dubai as a sort of capitalist / developer Disney World. A version of Las Vegas, without a viable reason to exist beyond it being a realized mirage. It almost feels as if an attempt by man to flaunt its desires in the face of the reality of nature. (see my previous post Obtaining Unobtainium.) Islands can be created at will, snow can fall in desert heat and towers can be built on hills of sand. But now mortgages are going unpaid, and there’s a reported 3,000 cars abandoned at the airport as people leave the country and their debts behind. 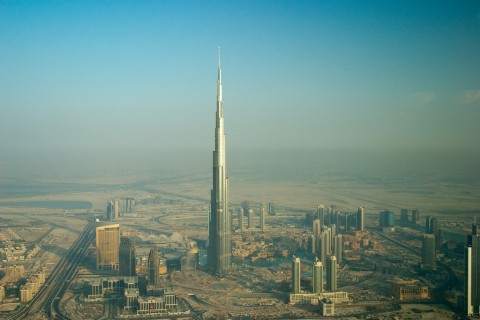 I look at Dubuai, and its questionable success and I’m wondering about all of the other “dreams,” that got started, but didn’t fully live up to their envisioned glory. One that immediately comes to mind is California City, California. 100 miles northeast of Los Angeles, California City and its miles of dusty streets were abandoned before it could even begin. Take a look. 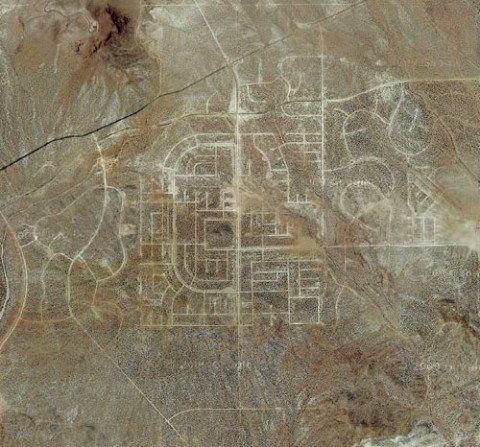 From the Wikipedia entry:

California City had its origins in 1958 when real estate developer and sociology professor Nat Mendelsohn purchased 80,000 acres of Mojave Desert land with the aim of master-planning California’s next great city. He designed his model city, which he hoped would one day rival Los Angeles in size, around a Central Park with a 26-acre artificial lake. Growth did not happen anywhere close to what he expected. To this day a vast grid of crumbling paved roads, scarring vast stretches of the Mojave desert, intended to lay out residential blocks, extends well beyond the developed area of the city.

You can easily waste half an hour on Google Street View looking at what California City has become … a desert home for a prison, a Honda test driving facility, a boron mine, an Air Force Base and miles of spectacular suburbanized Nazca lines.

California City was started 50 years ago, but a more recent development is facing the same fate: In Rio Vista, California, model homes sit vacant in the center of a 750-home housing development where construction was halted November 20, 2008. The northern California city is considering filing for bankruptcy as it struggles to deal with a deficit in its general fund. 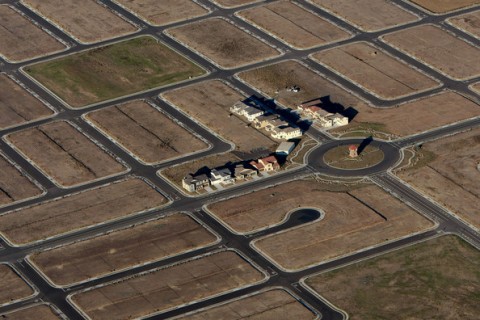 But it’s not just in the deserts that our dreams go bust. Lehigh Acres, just outside of Ft. Myers, Florida, has quite an interesting story. Originally started as a tax shelter in the 50’s, the area never took off and as recent as 1997, nearly 90% of Lehigh Acres’ lots remained vacant. A surge in housing prices led to a boom in Lehigh Acres new-housing construction from 2003 to 2007, peaking at more than 7,500 new homes constructed in 2006. But as in much of the United States, the real-estate boom of the 2000s went bust. 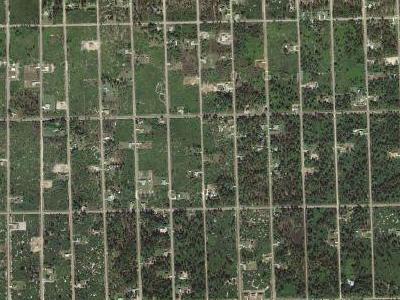 The examples all seem focused on the growth of a spreadsheet. It’s become a common, under the breath question of mine to ask, “are we building a building, or a bank account?” What’s the priority, and what is the viable direction to take? The NY Times reported on Lehigh that the common question among the residents is:

“What do we want to be when we grow up?”

“That’s one of the things we struggle with: What is our identity?” said Joseph Whalen, 37, president of the Lehigh Acres Chamber of Commerce.

If a community and its growth is planned on a sound foundation rather than speculation, the outcome can be much different than Lehigh, Rio Vista, California City and even Dubai. In 1811, the New York State Legislature must have appeared crazy when they gridded farmland, marsh and rocky outcroppings for miles above the developed limits of New York City. The Commissioners’ Plan of 1811 was established roughly 200 years after New York was settled and set the direction for the future growth of the city. As the basis of growth, New York and its boroughs filled out in less than a century.